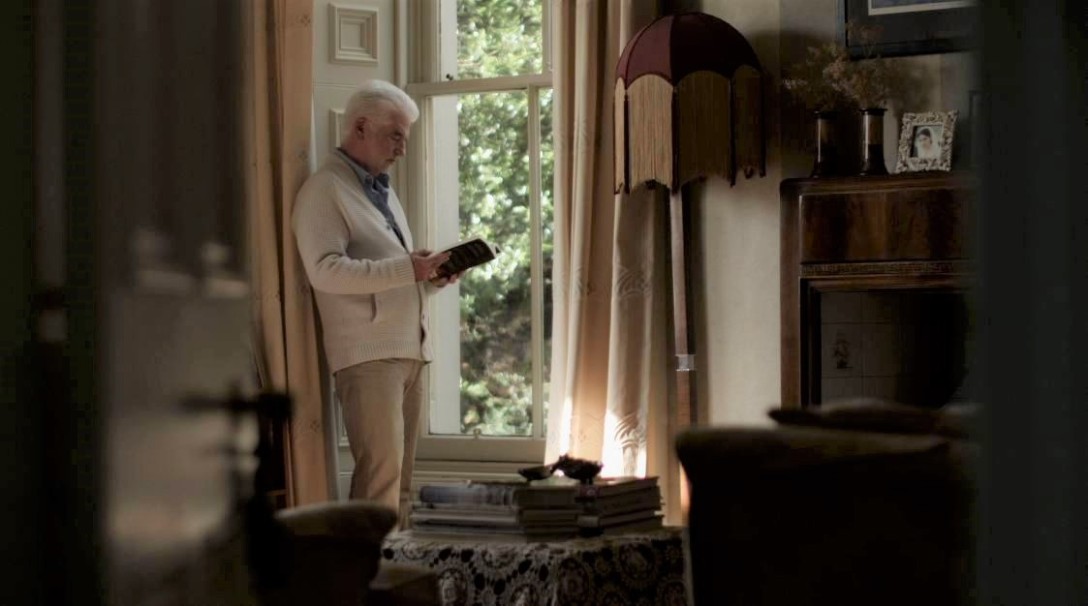 Today we’re delighted to welcome writer, broadcaster and language activist Billy Kay to The Scots Curator. Billy’s award-winning radio programmes on Scottish history, culture and language have been broadcast both at home and abroad, and his books including Scots: The Mither Tongue and The Scottish World have been widely praised for raising Scottish cultural awareness and self-confidence.

In this interview we speak to Billy about writing The Scottish World, first released in 2006, highlighting the extraordinary influence the Scots have had on communities and cultures on almost every continent.

Readers may also be interested to know that Billy’s latest radio series, ‘Scotland & the Low Countries’, celebrating Scotland’s historic links with the Flemish and Dutch people, will be broadcast on BBC Radio Scotland at 11.30am on April 2nd and April 5th 2021, and will then be available for a month on BBC Sounds.

The Scottish World gives such a wonderfully detailed account of Scotland’s international connections through the ages. Reading it feels like a bit of a revelation – something we don’t often hear enough about. What drove you to write it?

I started hitch hiking in Europe with a friend from school at the age of 15, making a trip to Normandy, Paris and the Rhineland. I was able to speak reasonable French and German by then, so it was easy for me to communicate with the people who helped us. Me and my pal wore the kilt and that was also a great help getting round!

What struck me even that early was the positive reputation the Scots had and that positivity fed into my own national identity and pride in being Scottish. I also began to pick up on Scottish history through those travels.

When I was 16 I went on a Scottish Schools trip to Russia – I did Higher Russian at Kilmarnock Academy, and this was organised for pupils studying the language. In Red Square, Moscow I heard the story of Red Clydeside for the first time, and later in life was thrilled when Nan Milton, the daughter of John McLean came to one of my talks in Linlithgow.

The year after Russia in the summer before university, another friend and I hitch hiked to Italy, and one of the places we visited en route was St Gallen where the people who gave us a lift there took us to the famous library and told us the history of the Schottenkloster – the early Scottish religious establishments in what is now Germany and Switzerland that were so important in taking the Celtic Christian religion and erudition to that part of the world.

It was those kind of stories that alerted me to the fact that I had not been educated as a Scot at home and that made me determined to find out more.

The histories you have written about are quite diverse, and relate to almost every part of the globe. How did you decide which stories to cover? Were you looking for something specific?

The book is mainly about places I have been to myself usually to make radio documentaries on the Scots contribution there. A good example of that was the series ‘Merchants, Pedlars, Mercenaries’ which was about the Scots merchant communities in Baltic ports like Danzig and Königsberg, the pedlars who supplied the merchant’s goods to the Polish peasantry in the hinterland of the ports and as far South as Krakow, and finally the soldiers of fortune who fought for the Poles, Swedes and Russians especially during the 17th Century.

The material I collected through interviews in Gdansk, Poznan and Warsaw then formed the core of the chapter in the book. I was able to do all the research for the programmes, then write it all up for the book. I was also able to use older books from the late 19th and early 20th century such as Steuart’s Papers Relating to the Scots in Poland and T.A. Fischer’s The Scots in Germany and The Scots in Eastern and Western Prussia.

Scotland’s Auld Alliance with France is a particularly striking example of Scotland’s internationalist past – and you identify the wine trade as being its historical ‘bloodstream’. Could you tell us a little about it?

I made two documentaries in 1995 to celebrate the 700th anniversary of the signing of the Auld Alliance and got to go to places I had not been to before which had strong Scottish connections like the Chateaux of the Loire, Aubigny sur Nère, and Champagne where the great house of Bollinger has Scottish connections through Madame Lily de Lauriston and John Law of Lauriston who founded the Bank of France and became Comptroleur Génerale during the reign of Louis XV.

But that chapter was easy to write because Cailean Maclean and I had already devoted a whole book to the subject Knee Deep in Claret: A Celebration of Wine, France and Scotland published back when we were young and carefree in 1983. It was very much a labour of love and wine has remained a hobby for me.

My daughter Catriona is now in the wine trade, so it’s great to see the family tradition continue. I’m also Godfather to William Johnston of Bordeaux, whose people left Scotland at the end of the 17th century and became claret merchants in Bordeaux.

The Scottish World first came out in 2006, but has remained very relevant. What has the response been like? Has anything surprised you?

The popular response has always been fantastic. Even on a medium like Twitter, when I tell people stories that illustrate the incredible global impact Scotland has had, there is always a strong reaction and a desire to find out more.

One or two academics have been snooty about it – I had the same with Scots: The Mither Tongue, academics jealous to guard their exclusive knowledge and not realising the imperative need to get such material out there to educate the Scottish people and replace the ‘cringe’ with positivity. Fortunately, that kind of academic negativity was confined to a small handful of people – the rest realised the power of the programmes and the book to engage people in their subject.

Published by The Scots Curator

View all posts by The Scots Curator